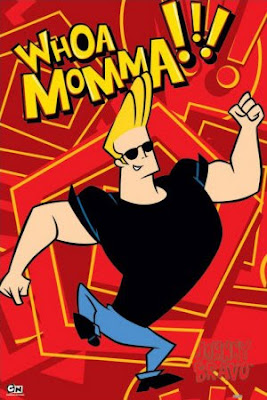 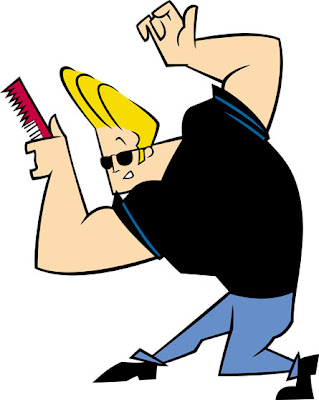 I know Mr Johnny Bravo is Amirul's role model. I do admit la amirul character do suit this cartoon network character. Good one amirul. I know u love this cartoon the best. Just that, make sure u wont fail flirting with chicks unlike Mr Johnny, whom always failed ok? 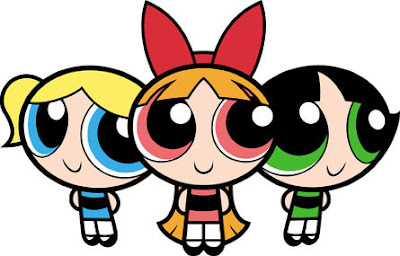 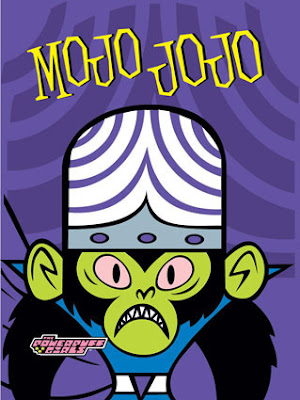 Mark's favourite character is of course from Powerpuff girls :D coz he told me that he wouldn't miss a single episode of the cartoon HAHAHAHAHA. Owh and he loves Mojo Jojo because it's a monkey. And monkey is the resemblance of his isolated-yet-unknown-piece-of-land he's staying.

Oh yeah, and not to forget his second top list favourite are from I AM WEASEL. He only loves the baboon's ass. It's super hot red in color wei *wootz* 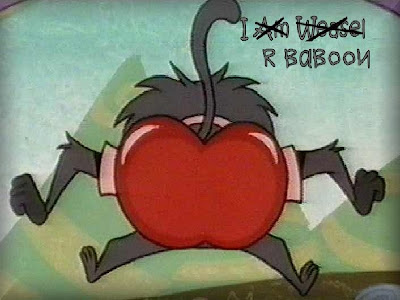 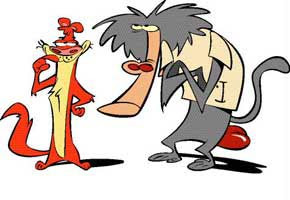 Kai Choy's favourite of course is Courage the Cowardly Dog. hahaha i love this cartoon as well. He damn kesian la, always kena scold as 'Stupid Dog' from the old man. hahahahahahaha ain't he cute? lol
This character has nothing to do with Kai choy's character. He loves this just because he loves dog that's all :P 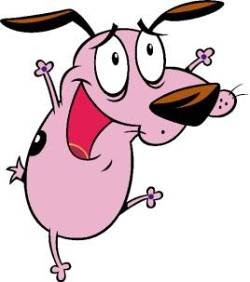 Stanley, Danny and Kin Ming's favourite would be Ed, Edd and Eddy. They are crazy and silly characters O_O 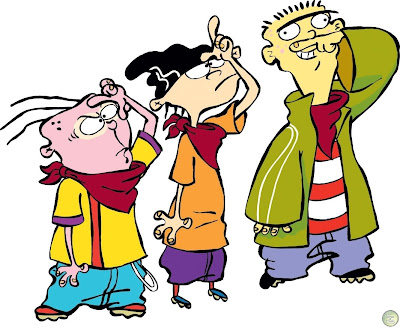 As for me, my favourite Cartoon Network character which i think exactly suits my attitude would be 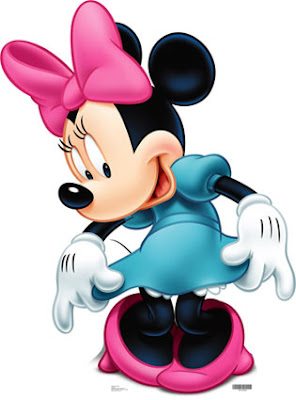 Oh wait this is Disney character eh? Oh watever. I still think that Disney characters are prettier than Cartoon network. Most of cartoon networks character looks retarded or silly or stupid :D but i do enjoy their cartoon just that it doesnt suit my character. Too bad. Only those lucky ones such as amirul and mark were able to fit in those society.

For collaborations and advertorials, email to ruby_ong25@hotmail.com